Born in the 80s it was the rave era when i first discovered my interest in fashion.

I was 12 years old when i skipped school to go to the Berlin “Loveparade” in 1998. Twenty years later you can still see the impact of that era in my wardrobe. I love vibrant colors, fuzzy materials, mesh, utility wear, vinyl, psychedelic patterns - everything i perfectly remember from rave fashion back in the days. One of the most prominent designers at the time was for sure Walter Van Beirendonck, whose Label W.&L.T. (“Wild And Lethal Trash”) was present on every fashion page in every teen magazine and happened to actually be the first fashion designer i was really craving.

Walter Van Beirendonck was born in  Belgium in 1957 and is one of the so called “Antwerp Six”, all well known names like Dries Van Noten and Ann Demeulemeester, who graduated from the Royal Arts Academy Antwerp in 1980. They all had extremely different esthetics but changed fashion industry with a worldwide impact. They put not only the location Antwerp on the map, but also questioned the industry in their individual styles and opened the existing market for more artistic ways to express oneself.

Walter Van Beirendonck himself describes his impact in an interview with “The Guardian” in 2001 as asked about his smaller scaled label “Aesthetic Terrorists”:

Van Beirendonck’s art has a somewhat distant view on human being and the world in general, which allows him to be more critical and yet more humorous than as person who is always a part of society. He overpaints and exaggerates its absurdity as well as its beauty from a perspective as if he himself came from another planet. His art is study and science fiction and varies from fashion fair concepts to store design, installations, books and magazines, commercial collaborations such as his designs for swedish furniture retailer IKEA, to his stunning avant-garde runway fashion shows, to designing children’s clothing, to his appearances as mentor at several events in the name of mental health, education and all the other art project this man has his hands on.

Most of his iconic pieces back in the 90s were connected to the interactive cyberspace world Van Beirendonck had created and published via CD-ROM.

“Kiss the future!” was his message and to bring his vision and perspective nearer to the consumer Walter Van Beirendonck had created Puk-Puk, a crazy, blue alien avatar guiding the user through the W&L.T. homepage and was depicted on t-shirts, bags, pants, umbrellas and wherever a patch or a print could get placed. Some pieces also had hidden features like blinking LEDs or voices coming out of a backpack. As naive and playful as his flashy bike shirts, sweaters with plastic inlays, or hand-painted denims were - Walter Van Beirendonck did not only put his 1998 collections out, he put it out into a completely new universe he built around it like the true visionary he is.

As the 90s faded, Van Beirendonck got more inspired by nature, textures, tribes, cultures and did many knitting studies. He always seemed to focus more on crafting, tailoring and designing from scratch than selling products for the masses when it came to fashion, so he always worked with local weavers from England and Scotland to produce his individual fabrics in his individual colors. This way the process of making would take a while, but to Walter Van Beirendonck the whole thing is “an adventure with many deadlines” as he says in an interview in 2014. The same year he also supported a group installation at Art Basel Miami alongside designer Bernhard Willhelm in which the artists tried to explore South African language and culture seeking to break down boundaries.

As much as i adore his wild and colorful, radical language and his pure perspective, there is also controversy around Walter Van Beirendonck. He had been selected under the “ten worst dressed designers” and Vogue got confused in its reviews by searching for the deeper meaning in some of his latest collections. Nevertheless, as visionary, as teacher and mentor of many other names, as my first fashion love, as controversial artist and designer - Walter Van Beirendonck has for sure dropped his little bombs here and there and since he seems to also have interest in fair fashion and new textile technologies lately, I’m quite sure he will find new ways to disturb the industry! 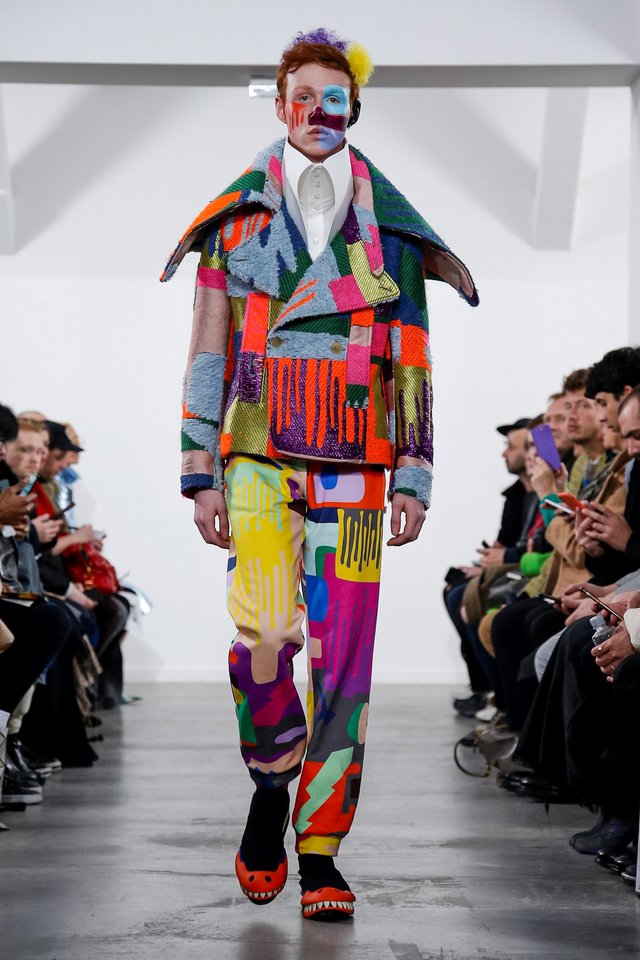 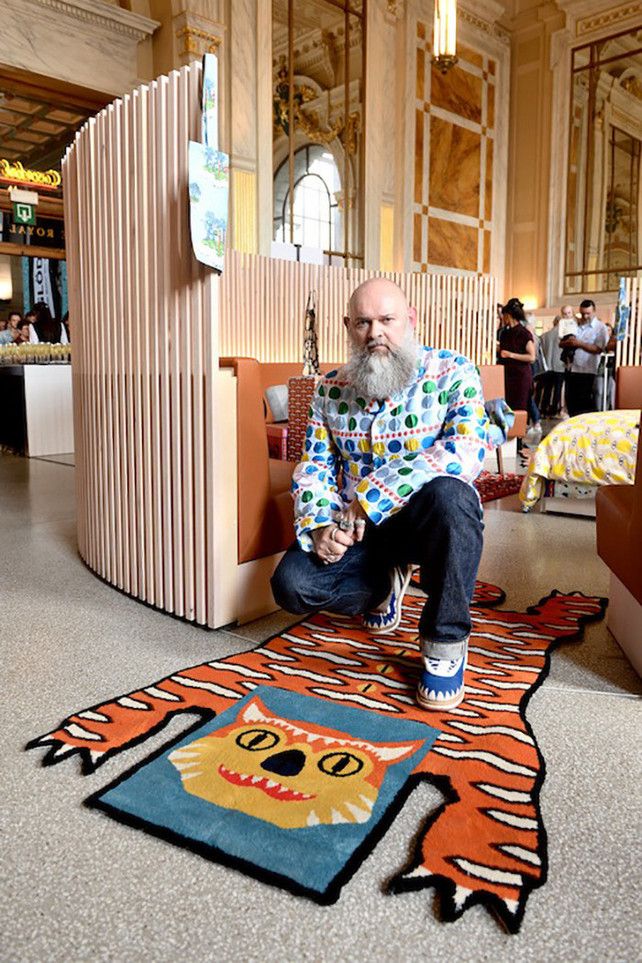 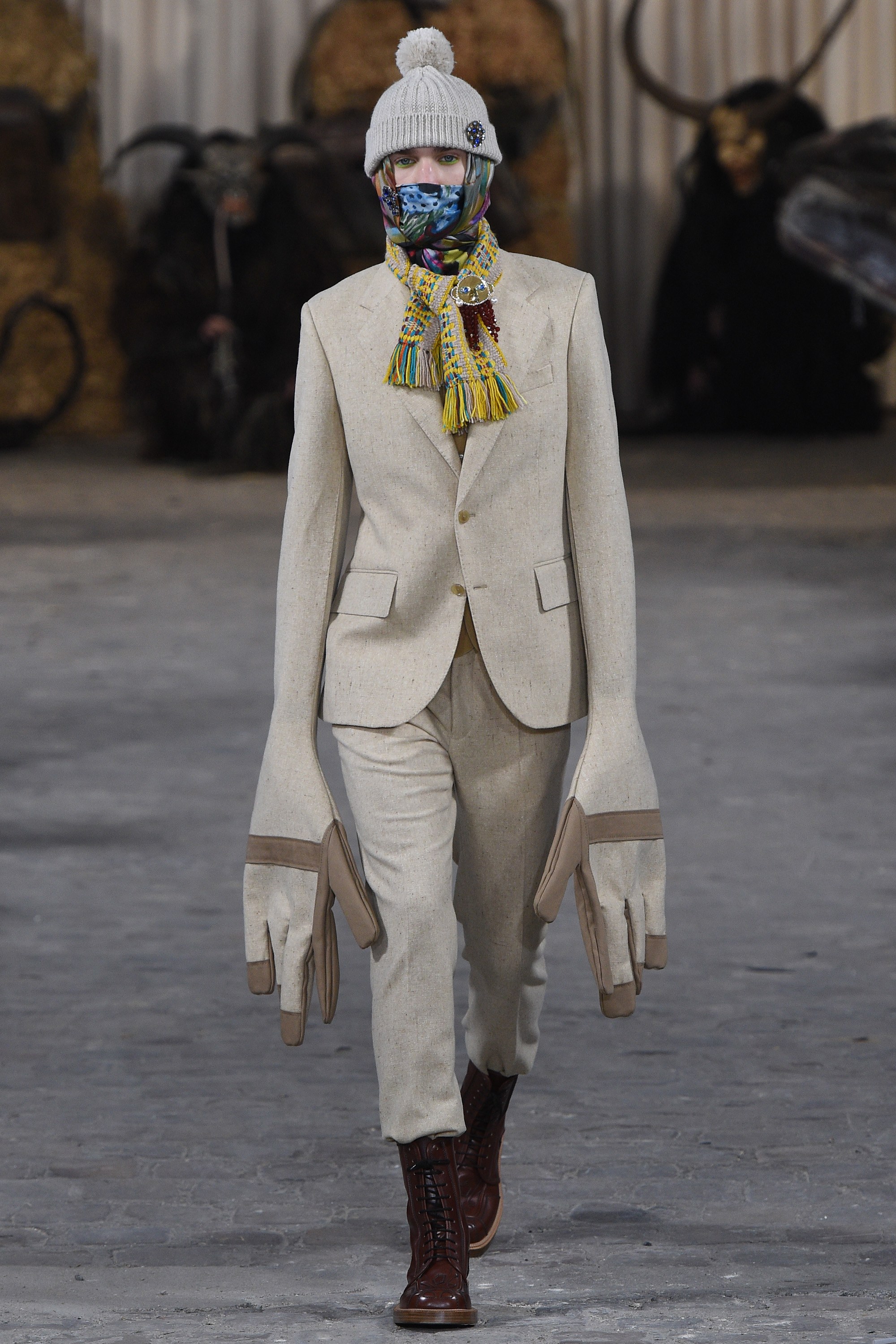 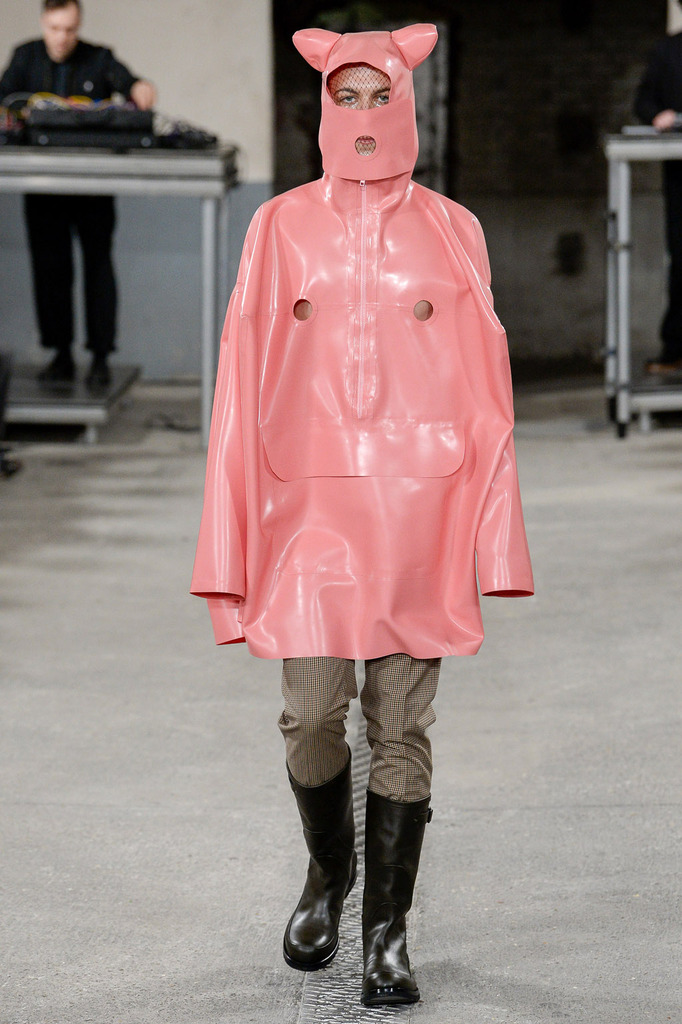 The employees in the boutiques, in the design studio and in the backstage area at fashion shows wear white lab coats, as was common in the ateliers of the great couturiers, e.g. Christian Dior, and is still common today. The fashion shows for the high-priced fashion sometimes took place in the context of the Paris Prêt-à-porter shows in unconventional locations, up to shabby surroundings (construction site, metro station, dining room of the Salvation Army etc.). The boutiques are kept in plain white and gray. Margiela originally selected unspectacular locations such as a residential area in Tokyo and did not publish the addresses of the boutiques in order to require the customer to make an effort to find the store at all. The first Margiela store opened in Tokyo in 2000 and the first European boutique was inaugurated in Brussels in 2002. In 2008, a boutique opened in a basement on the edge of Munich's Maximilianstrasse. This was followed by participation in numerous exhibitions, including "Radical Fashion", which was shown in 2001 at the V&A Museum in London. In 2010 there were 36 own stores worldwide.  In 2015 there were over 50 stores worldwide, including boutiques, that only carry the MM6 collection.

The company followed a very restrictive communication policy. The designer can neither be photographed nor interviewed. Only his creations should speak for themselves and the designs should be perceived as the overall performance of the team. That's why the team always shows up in white doctor's coats after the fashion shows - nobody should stand out.

By recycling old fashion, separating, recoloring, reversing seams and zippers, both the origin and the artificial of the art of tailoring are shown. Margiela puts together what doesn't belong together: by hand, jeans turn into skirts, old army socks become pullovers. Baptized by the press as deconstructivism, this current is defined by an abrupt collision of different materials, which at first glance appear inharmonic in the sense of conventional viewing habits. Margiela herself rejects the term "deconstructivism". He resurrected clothes in a new form, he told ELLE in 1991.

Margiela was the unofficial 7th member of "Antwerp 6", a generation of fashion designers who all completed their training at the Royal Academy of Arts between 1980-1981 and shaped the "style of the Belgians". However, it does not belong to the actual group, but it became known in a similar period.

In July 2014, fashion critic Suzy Menkes exposed Matthieu Blazy via Instagram as Head of Design, after which he deleted his Instagram account and changed his profile in a career network. He left the company on October 1, 2014.

To this day, Margiela pieces, especially in the fashion industry and all fashion lovers, belong to the sanctuaries in every repertoire and archive. Getting vintage pieces from other designers may be possible, but Maison Martin Marginal Archives are a real hunt and that says it all about this art.

The Morandi Colors Are Coming For The Neon Color Trends Crown